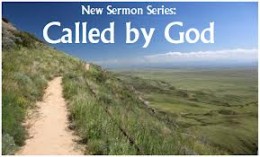 Some people may feel that they have been called by God to write religious articles, this is how I feel like when I am writing these articles here.