Discussions about God of the future

TODAY WE ARE MODIFYING OUR OLD BLOG, WHERE WE WERE WRITING ABOUT GOD AND RELIGIONS THE WAY WE HAVE BELIEVED IN THE PAST. BUT TODAY THINGS ARE CHANGING, SO, WE NEED TO DESCRIBE GOD IN A FUTURISTIC WAY AND IN A WAY THAT THE ENTIRE WORLD CAN ACCEPT. MAY GOD HELP US. 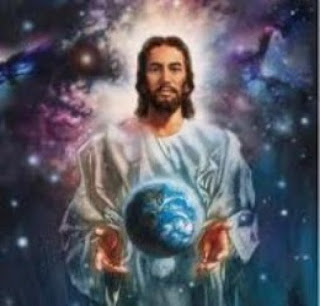 Our Lord Jesus Christ is the link between the living world, the spiritual world, and God, and He will be our link in the future, even if we find that God of the future is going to be different from what we believe now.

Welcome to our blog No; 2, discussions about God of the future.

May God help me say the right things.

Part of this blog post, has been taken from our Hub Pages article God of The Future,

Another source of these beliefs can be found in our website godnewworldorder.com,

Dear readers, we believe that God must exist, and the reason why God must exist, it is because man needs God and religion to explain our own existence, religion also helps us to live a better life, if we use religions properly. But religious people imagine God in different ways, according to the religion they have been taught, so, God does not need to be the same way that we have been taught when we were young, because God can also be the way that other religious people believe God is.

For instance, when we were young, they taught us that God was omnipotent and the creator of the entire world and everything else. This belief is according to the Bible and all the religions that derive from the Bible, including the Roman Catholic religion that is my original religion. Anyhow, because today we know a lot more, some of these beliefs are questionable, so, we are left wondering what to believe.

Anyhow, I have been reading many religious books, and today we have reached a conclusion, and we want to discuss what we have learned, and how we see God of the future. Now the conclusion we have reached still include our original religion as being true, except for a few things that need to be adjusted. Here I need to explain that also other religions are true, or partly true except for a few things that need to be adjusted. So, my point of view is that all existing religions are useful to humanity, they must also have something in common, which we can call spirituality, because religions are based on spirituality. Therefore, it is possible that religions at their highest spiritual level can converge to the same starting point, it must be so, because this is the only way that can make sense. So, we need to find or imagine this common starting point, to understand how God and the spiritual world can be like.

Having explained that above, now we need to imagine and explain how God and the spiritual world could be like. So, we need to find this spiritual converging starting point, to do that, we must start by looking at what is known today. We know that there have been many religions in the past, they have served humanity well, while they were used according to the times they were active; but when things changed they changed to suit the times or slowly disappeared.

In a parallel way, we believe that today religions have reached their pick and now they start going down; they are going down because the way of life is changing, and also there are people that can use religions the wrong way; the worst of them all, are the terrorists, they are followed by the atheists who don’t believe in God, when we know we need God. So, we believe that religions need to change to work well and satisfy humanity needs in the future, so, we are writing these articles to explain our views, and how we see God and our spiritual needs in the future.

Anyhow, you can call this article a philosophic article, where we use our imagination and try to explain the existence of God that everybody can and would accept in the future. We are trying to write it in the shortest way possible.

Now let me explain, I have already written a longer version, where we concluded that religions are manmade, even if there were real spiritual events that started religions going. We cannot imagine that God dictated any religious scripts directly, even though we admit that religions could have been inspired by God through prophets.

Anyhow, I believe that this blog is long enough, so, see you in our next blog, where we will talk about, our philosophical beliefs about God, and we will start to imagine our Super-God.

Which God We Should Make Our God

TODAY WE ARE MODIFYING OUR OLD BLOG, WHERE WE WERE WRITING ABOUT GOD AND RELIGIONS THE WAY WE HAVE BELIEVED IN THE PAST. BUT TODAY THINGS ARE CHANGING, SO, WE NEED TO DESCRIBE GOD IN A FUTURISTIC WAY AND IN A WAY THAT THE ENTIRE WORLD CAN ACCEPT. MAY GOD HELP US. 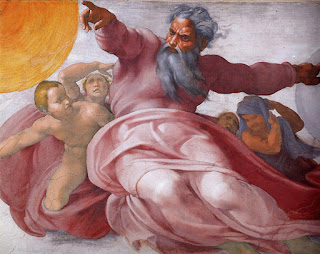 Starting from the beginning, this is blog number one.

Dear readers, in this blog, “if you believe in God”, we are asking ourselves, which is the best God that we should believe in and follow. You see, today there are several Gods to choose from, as there are several religions to choose from. Anyhow, we hope to find a God that can connect all existing religions together; but if we cannot find this God, then we should imagine how God needs to be to achieve that.

So, we are starting to look for ways how to achieve that, and this is the first blog that aims to find our future God, this blog will be followed by several other blogs, until we find the God that can satisfy the entire world, then we can suggest the world to accept this God.

Of course, today most of us believe in the God that we have been introduced to, when we were young, and this fulfills most of our spiritual need in our lives. But is this God and our religious beliefs enough to satisfy our collective needs in the future, this I do not know. So, I am asking myself if what I have been writing in my blogs is good enough.

Anyhow, today I am looking at my blog, If you believe in God, and I realize that what I am writing in this blog is not bringing good result, so, I need to change direction. In this blog I have been writing about things that fall in line with the old religious system. But the old religious system has faults that need to be reviewed, so that they can serve humanity better.

So, let us discuss religions. Now, if we leave behind our spiritual beliefs that we believe in, then we can say that religions are a set of rules, that helps people live a meaningful life; this is irrespective to which religion one belongs, anyhow, these set of rules, sometimes they work well and at other times they do not, so, we believe that something needs to be suggested or done, and that is why we are changing some of this blog, to fall in line with our new approach.

Anyhow, after writing several articles about religious issues, according to the old religious system in this blog and other public places, we have concluded that we have to start all over again, because today our point of view has changed, and I believe that they will continue to change in the future. Anyhow, we will  continue to believe in God and our religions just the way we have done in the past, but at the same time we want to discuss what is happening in the world today because of some religious beliefs, we need to ask ourselves, that today some religious terrorism happen, because of the way religions have been set up in the past.

Now I believe that this article, is already long enough to use as our blog, because people do not like to read long articles these days. So, let us start to discuss this issue and what can be done about it in our next blog.

Which God the atheists can accept.

THIS BLOG HAS BEEN OPENED FOR ANY BELIEVER TO DISCUSS RELIGIOUS MATTERS, SO, IT IS OPEN FOR ANYBODY TO BROWSE AND TAKE PART.
(Taken from  God and the atheists, our religious articles in Hub Pages, F.B. blog 3) 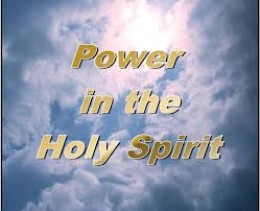 What or who is God that even the atheists can accept?

Anyhow, we believe that, God exists because life exists. But to make the atheists believe in God,;our future God needs to be described in a way that even the atheists can accept. Now we mentioned the philosopher, Baruch Spinoza, who did not believe that God was the ways religious leader want us to believe; because Baruch Spinoza was more inclined to believe that God was something other than a person, in fact he carefully puts forward the idea that God is in everything and that we live within God, he thought that God was pantheist, therefore, every living thing is part of God. Baruch Spinoza’s God can be like Mother Nature. Now, if we follow these lines of reasoning, we can describe a God that even the atheists can accept.

Anyhow, if we follow Baruch Spinoza views, and we add today’s human knowledge, God can be all living and spiritual things and the life energies that exist in the universe; this means that every living thing is part of God, therefore, no living thing can exist without God-life-force-energies, therefore, just to give a name to these life energies, we may have to call these life energies The Holy Spirit, or God-Most-High; now, this God-Most-High is the most important part of the life forces of the universe, but as we know we cannot see God or any of these life forces of the universe; so, we have to use our own imagination to describe how all this is like. My imagination suggests that throughout the cosmos of the whole universe, The Holy Spirit of God, = God-life-force gives life to every living thing, communicate with every living thing and can record everything that happens and what the living beings do.

Now, let me go back to describe God that even the atheist can accept.

We believe that there is only one God throughout the universe, and this God is the active life-force energies of the entire universe; therefore, every living thing is part of this God- life-force energies and nothing living can exist without God, because God is life itself.

I believe that, this is the briefest way that I can think of how to describe a God for everybody including the atheists. I believe that I have said enough in this post, so, see you in our next article, religions are spiritual beliefs.

May God bless us all.