Religions of the future

THIS BLOG HAS BEEN OPENED FOR ANY BELIEVER TO DISCUSS RELIGIOUS MATTERS, SO IT IS OPEN FOR ANYBODY TO BROWSE AND TAKE PART.
-
Welcome to my blog, If you believe in God
and this post, Religions of the future
- 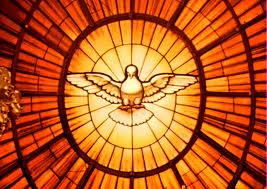 Religions of the future

May God guide and help me to write these religious writings?
Welcome to my chapter, Religions of the future, or perhaps it would be better to call this Religious options of the future; may God guide and help me to write these religious writings as humanly as possible according to his will?
Dear readers I have to tell you that while we are writing this hub of, Religious options of the future, I am also praying God to help me; and I am still praying to the same God as we all have done for thousands of years, and we will be doing for a long time to come, so there should be no concerns at all for the public, about religious changes, because the changes that we are forecasting in these religious wrings are minimal, but nevertheless these changes will take place soon or later, you see they have to take place for religions to be more meaningful to the religious people of today and also for the religious people of the future once these religious options become known and accepted somehow.
But even though we forecast that these changes will be accepted at the same time we can see problems here, because, even though we might be forecasting future religious changes that more or less are going to happen soon or later, we can see that most religions may not accept them easily today, but we have reasons to believe that tomorrow they will be accepted anyhow; therefore we are forcing ourselves to continue to write what we believe could happen or needs to happen, because people have to know and understand that religions need to change somehow.
Again here we want to point out that these religious writings are being written in good faith for the benefit of mankind. In these religious writings we are in search of religious options and also look at ourselves religiously, therefore, first of all we would be looking for religious options that could improve links between religions. In our last hub we have talked about why Man needs God, in this hub we will continue to search about God, since we have reasons to believe that humanity needs God, and so, we will be looking at what sort of God humanity may have to accept in the future, if and when religions as they are today may not be acceptable anymore, as there are sign that this is already happening; therefore, this is the main theme of this article.
In this chapter of Religious options of the future we will be also talking about; Religion of the future and how they could become; then, what sort of changes could or would be required? What sort of God could or would be accepted? And perhaps we will talk about other religious things.
You see, when we look at what is happening in the religious world today, we have no doubt in our minds that religions could be about to change, because what is happening cannot go on forever without affecting religions the way they are today; you see the era of religious isolation needs to end, because today everything in the whole wide world can be easily connected, this is going to force many people to connect in a way or another for many reasons, and therefore also religions are going to be connected, it may take a few decades for these changes to start really happening; but we believe that they will be happening soon or later. Therefore, let us try to see what this could mean to the religious people.
Now, if you are a real believer and believe everything that is written in the Bible, and therefore you really believe that soon or later the world as we know it will end according to Revelation, then you may as well start believing that these religious writings here might be the forerunner of that event  and they are marking the very beginning of Revelations, because as you know revelation says that there will be a new system; however this new system might not be as some people say, like God will set his own government on earth?
To tell you the truth we don’t see it happening that way at all, but we see the need for religions to change direction and this is what we are trying to say hereunder, therefore, there will be a sort of ending of the old religious system, but not quite as drastic as it seems to be described in the Bible, or as our religious leaders want us to believe that the Bible is saying, because what has been written in the Bible, it has been written in such a way that could control the people through fear, and it also has been written mainly to control the people of those times, but today religious things are very different and a lot easier than they were then, people do not need to be controlled as much as it used to be, therefore a softer approach would be better for the society we have today. So let us see our views in our next post, how religions could or would be in the future;
May God bless us all?