God is hope for those that need hope most 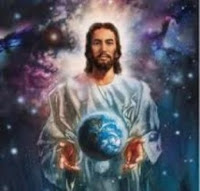 Our Lord Jesus Christ, the greatest man that ever lived on earth, he came down to earth to give us hope. He was a religious teacher and God. Jesus Christ changed some religious meanings and simplified religion, so, we should thing that religions can be changed.

Posted by Framen at 3:47 PM No comments:

THIS BLOG HAS BEEN OPENED FOR ANY BELIEVER TO DISCUSS RELIGIOUS MATTERS, SO IT IS OPEN FOR ANYBODY TO BROWSE AND TAKE PART.
-
Welcome to our blog, if you believe in God
and this post, Palms and Easter 2017 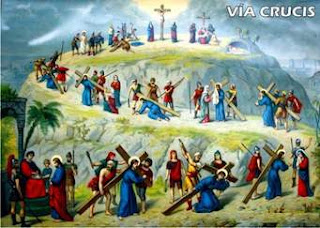 This is what we commemorate at Easter. We the Roman Catholic and other Christian religions follow the event of the death of our lord Jesus Christ. And then his resurrection.


Dear readers, I am writing this post instead of our usual post, because in blogger we can post what we like, even if it is an article that has been published somewhere else, or has been rejected, because it may not be in line with rule of the site we want to publish. So, in a way I am posting this post, to keep a record of what I have written.
Anyhow, today I wanted to write this religious article, because soon it will be Easter, so, I was going to write this article, where I would have liked to tell you all the good religious things, that happen in this religious feast, but it is not going to happen like that, because of the horrible things that religions inflict each other’s these days. Here I am talking about what has just happened in Egypt.
I have always believed that religions should stand for doing the right things: here I want to say that religions should be a set of rules, written in such a way that the entire world should benefit, and not just a group of people. Any religion that does not fulfil that role is not a good religion. Today there is also this additional issue, because today the entire world is going global, also religions need to go global; for religions to work and satisfy the need of the people. For this reason, those religions that do not allow for globalization should be modified, but religious leaders don’t even think about it, because they want to follow their religion the old way, which allows them to control the people, even when controlling people in certain ways is wrong, but there are even more bad things here. In fact, I am shocked from what is just happened recently in Egypt.
One has to ask, does the world realize what has happened now? Two Christian churches have been bombed, 45 people have died, and 125 injured. What hurts most is that the people that have caused this disaster are religious fanatics, of another religion.
Having seen all this happen, one can only say that there is something very wrong, in this Muslim religion, since some of their believer practice so much violence, and worse still is that they believe that their God Allah wants them to kill other people. What other proof the world needs, to prove that this religion is a fake religion, since they twist their religion any way they want. But perhaps, I dare say that this Muslim religion may even be okay, if the faithful follow it the right path only, in other words, they should use their common sense, which would usually forbid any violence.
Anyhow, if the religious fanatics continue to follow all those things that harms other people, then this religion is not worth the paper it is written on. This would also affect their God Allah that allows them to use his name doing the wrong things. Because they would bring their God Allah down to their level. When I believe that Allah is a righteous God, and does not like what they do.
You see, it stands to human understanding, that a God should be well above our human needs, and does not need to kill other people, or wants his own people to kill other people. If there is any spiritual entity that wants to kill people, then this spiritual entity is not a God, it cannot be, because God represents life, and therefore should protect life. Therefore, in my opinion, those people that go out to kill other people are completely nuts, especially when they believe that they will go to paradise when they pass away.
But let us stop here talking about these very violent deeds, and let us see here under, what other religions believe in, specially the Christian religions, since that is the religion that I would know most. I believe that some religions would be better than this Muslim religion that allows violence, just because, their religious rules condemn violence more openly.


The Christian religions
So, let us compare, this violent deeds that we have talked about, to the Christian religions. Because, it is so wrong what has happened in Egypt to these two Coptic Christian churches. But what hurts most is that the people that have caused all these deaths and hurt so many people are religious people. For any Christian religious believer, what has happened on Palm Sunday is so painful and disgusting, because Palm Sunday is perhaps the greatest day of peace for any Christian religion. It is the day that our Lord Jesus Christ enters Jerusalem, riding a donkey, while the population brings these olive branches and other palms in the sign of peace. So, this day is supposed to bring peace, as I am going to explain in the following example.


Now let me point out this to you, in Southern Italy in the town that I come from, the way that we celebrate Palm Sunday is to make peace, this could extend even to your enemies, if you want. So, let me explain what we do this special Sunday, first we go to mass taking with us a small olive branch, where the priest after celebrating mass blesses these olive branches or anything green that you have brought with you. Now, this is only the beginning of how the people behave on Palm Sunday; because after the mass when the blessing ends, the people going out of the churches, exchange some of their palms in the sign of peace, once that is over you may call to the house of some relative or friends, if you haven’t met them at the church. Now, let me add this personal note, when I was young, after the church service I went home, my mother would ask me if I had gone to our closest relative to exchange this palm, because this would be a sign of respect for the relative elders. But there is also more, if you had a girlfriend this was a good time to exchange the blessed palm, and have a small talk, you see in those times boys and girls were kept at a distance, so, this was a good excuse to talk to her; and then again, if you were engaged, you should really go to buy a small golden olive branch from the Jeweller’s shop, take it to church to be blessed and then give it to you fiancé`. So, Palm Sunday was a very peaceful, happy and interesting day.
But those were the good times, when everything was done the old peaceful ways, which in my opinion were very good times to live in, even if in the small towns that we were living in, boys and girls were kept at a distance, and the religions that we were following had a lot to do with this tradition.
Now that we have explained, how we were living the old times and what we did on Palm Sunday, we are going to talk about what has happened in Egypt, and other things that could follow that happening.
-----------------------------
What has happened in Egypt?
As we have already said, we have been shocked from what has happened in Egypt, but the worse part of it all, is that this violence could be repeated, we hope not, but it is hard to say what could happen next.
Anyhow, since then a few other things have happened, and the pope has been in Egypt, while he was there he has tried to calm down everybody, in the name of all religions, So, we hope that what he has done could help.
I believe that this is what I want to say, so, see you next time with another post.
May God bless us all?
-------------------------------
If you believe in God
Palms and Easter 2017
IS TO BE CONTINUED
Next time with, God is hope for those who need hope most